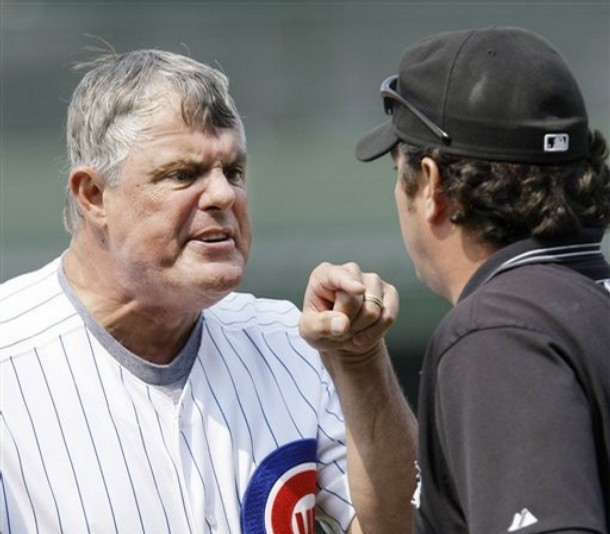 Towards the end of the previous post, in between waiting for the Cubs (and really all of MLB) to show signs of life on the transactional front, AC and I started pondering how batters might mess with pitchers with the new pitch clock rule coming in 2023. As a reminder, in addition to the defensive shift restrictions and the larger bases, MLB is implementing a pitch clock:

In an effort to create a quicker pace of play, there will be a 30-second timer between batters. Between pitches, there will be a 15-second timer with the bases empty and a 20-second timer with runners on base. At last check, the pitch timer had reduced the average time of game in MiLB by about 26 minutes. This rule, which includes limits on throws to first base, has also increased stolen-base attempts. With this rule in place in the Minors this season, steal attempts per game have increased from 2.23 in 2019, at a 68% success rate, to 2.83 in 2022, at a 77% success rate.

The pitcher must begin his motion to deliver the pitch before the expiration of the pitch timer.

Batters must be in the box and alert to the pitcher by the 8-second mark or else be charged with an automatic strike.

With runners on base, the timer resets if the pitcher attempts a pickoff or steps off the rubber.

Mound visits, injury timeouts and offensive team timeouts do not count as a disengagement.

Umpires may provide extra time if warranted by special circumstances. (So if, as an example, a catcher were to be thrown out on the bases to end the previous half-inning and needed additional time to put on his catching gear, the umpire could allow it.)

Note that the rule that will be used in MLB is slightly altered from the rule that was used in MiLB this year. In MiLB in 2022, it was a 14-second timer with the bases empty and 18 seconds (Double-A and lower) or 19 seconds (Triple-A) with runners on, with batters required to be in the box by the 9-second mark and a strict limit of two disengagements per plate appearance (that did not reset if the runner advanced). In its most recent week of play, the Minors have seen an average of .45 violations per game.

While I would love to see what the batter and pitcher might do to get each other off their game, I feel like there simply isn’t enough time. If the bases are empty, the pitcher has basically 14 seconds to toss the pitch once he receives the ball from the catcher. The 8-second alert rule means the batter has about 7 seconds to mess with the pitcher however he wants (which seems a long time but he has to set and be ready to swing so I don’t know) or else be charged with an auto-strike. I think there’s probably not a lot of leeway to do much here, although the time between batters (i.e. the ball is thrown around the horn after the previous play is completed) gives the new batter about 20 seconds to moon the pitcher or whatever.

I think the additional level of stress due to the limited disengagements (step-offs and pickoff throws) will be more telling, and will give the batter and baserunner(s) extra time to generate a violation or draw a balk. With 20 seconds to play with and only two disengagements before an auto-balk, the batter and runner have about 12 seconds to spook the pitcher, and that’s where I think AC’s philosophy might come into play more effectively. With bases empty, the batter is just trying to get himself on base somehow, but with runners on and those additional wrinkles with both the clock and the knowledge that pickoff attempts are at a premium, this could get entertaining. I’m desperately trying to find out where I saw the nugget about the batter only getting one call for time per plate appearance but I imagine that timeout request will be much more strategically employed, so there ya go.

The last bit is about the Cubs staff as constructed last season, and obviously some of these guys won’t be on the roster in 2023, but it was still quite telling when most of the pitchers not named Wade Miley would have violated the pitch clock whether there were runners on base or not. This is definitely something they will have to work on in the spring, and I’m sure we’ll see lots of reports of players and managers and umpires freaking out as they learn and adapt to the new rules and enforcement patterns (if any, umpires are a fickle lot).