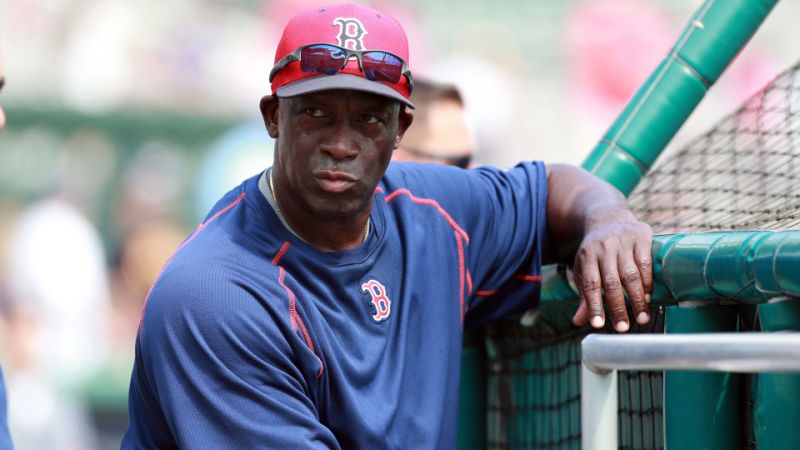 The Cubs let John Mallee go and hired Chili Davis to take over. Theo said that Joe Maddon could have any coach back that he wanted and it turns out that there were a lot that he did not want back. The Angels hired assistant hitting coach Eric Hinske away from the team a few days ago and they let Chris Bosio walk too. Davis had been the hitting coach with the A's for three years and with the Red Sox the past three seasons. The team also hired Brian Butterfield away from the Red Sox to replace 3rd base coach Gary Jones and they promoted Andy Haines from minor league hitting coordinator to assistant hitting coach.

Since hanging up the spikes, Davis has also emerged as a well-regarded hitting coach, first taking the position with the Athletics (2012-14) before joining the Red Sox (2015-17). He drew interest from the Padres in the same role and has also been listed as a speculative managerial candidate at times. While there are many in the Boston organization that deserve some degree of credit, Davis was the primary voice guiding Boston’s rising crop of young bats, including Mookie Betts, Andrew Benintendiand Xander Bogaerts.

The 59-year-old Butterfield will bring more than two decades of coaching experience to the Cubs. He’s previously held various positions with the Yankees, Blue Jays and D-backs, serving as a first base coach, third base coach and bench coach at the Major League level.

If there aren't any additional changes to the coaching staff, that still leaves the vacant pitching coach position to be filled. The Cubs have interviewed Jim Hickey who became available at the end of the season. He and Joe worked together for a long time in Tampa Bay.