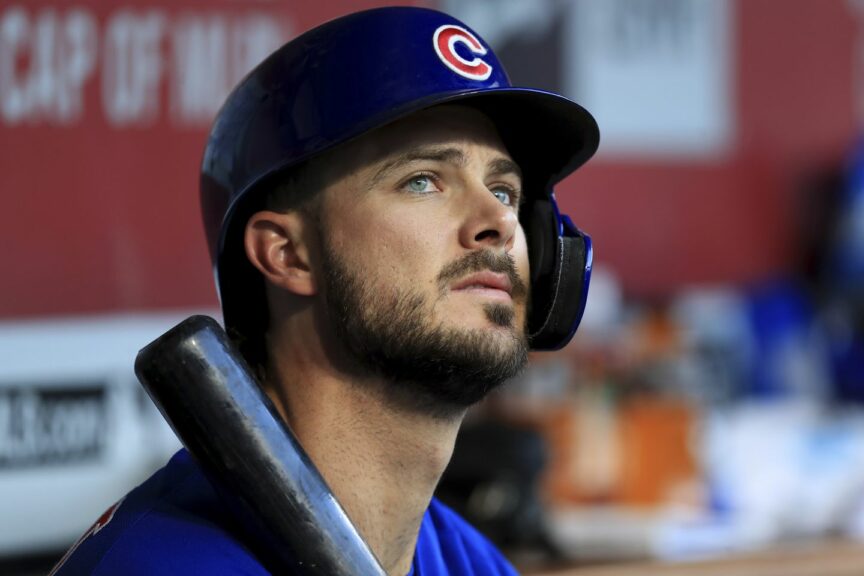 Have we gotten to the bottom of this question, yet? Six years into its history (somehow that bit of canon came from the first half of its virtual existence), the Orthodox Church Of Cubs Baseball conducted an interview with the Chairman/Executive Chairman/Not Really the CEO/Owner-kind-of of the Cubs, Tom Ricketts. Part I of this wide-ranging interview was devoted exclusively to the questions of who owns the Cubs and how Cubs ownership defined a “mister.”

The second question is too ethereal to pursue effectively, so I won’t address it at all. But I’m pretty sure I have a definitive answer to the first, slightly less mysterious query about who owns the Cubs:

If Cubs fans collectively owned the Cubs, we never would have let Len Kasper depart to the White Sox radio booth. Ok, maybe he still would have left to pursue his desire to broadcast games on the radio, something he’d get to do with the Cubs only during Spring Training or the occasional Pat Hughes off day coinciding with a nationally preemptive telecast. Neither of those are exactly the World Series calibre game Kasper is hoping to be a part of.

Lots of discussion has swirled around Marquee’s role in Kasper’s decision to leave, but Kasper has pretty much bent over backward to dismiss such rumors. Still, Marquee isn’t the Cubscentric Network Cubs fans would have chosen if it were our call, is it? Assuming OV comments represent pretty much the entirety of Cubs fans’ opinions (an ironclad assumption if ever there was one), we recognize Marquee as another pawn in the ever-expanding Sinclair Chessboard of Fascism. That might not track with the prevailing worldview of OV or Cubs Twitter or the Cubs broadcast team or any other subset of Cubs fans, but it certainly doesn’t ruffle the feathers of the people who actually own the Cubs.

And what about the players rumored to join Kasper and Kyle Schwarber on the next El out of Wrigley? Certainly if Cubs fans owned the team, Kris Bryant and Javier Báez would never set a toe on the trade block. Okay, that’s probably the least true thing so far in this already pretty suspect diatribe, so it’s really just my opinion at its most sentimental (and that’s where I’m heading with this nonsense).

If I owned the Cubs, Schwarber, Bryant, and Báez would probably be permanent fixtures at this point. Yeah, that’s dumb from a baseball perspective. No argument here. But they were key components in THE World Series. I wouldn’t just do everything I could to keep them on the team, I’d do everything I could to make leaving the team seem like a stupid, unthinkable notion. I’d want the Cubs franchise to be as pure and true to the essence of that 2016 vibe that seeing the trademark Cubs red and blue would give any Cubs fan the same chills we all get any time we see a routine grounder to Bryant.

That would be my goal: do everything possible to make every rendition of the team feel as 2015-2016 for as long as I could keep the illusion going. Winning baseball would be a component of that but not more important than that.

I fully expect to part ways with you at that last point. I fully expect most fans to prioritize winning over just about everything else. I don’t fault anyone for adopting that mindset. But here’s why I call this approach the most Cubs-fan way to run the team.

Most of us are Cubs fans for some reason that isn’t super logical. Being from Chicago. Being from the North Side. Rebelling against our White-Sox-or-Cardinals-loving families. Sammy. WGN. Ryne Sandberg’s stoic manliness. Kris Bryant’s eyes. Ivy. Who the hell knows? As flimsy as the origin stories of our fandom might be, we typically need some vaguely realistic remnant of that root connection to remain. Right? There’s some threshold of identity or integrity that has to be there for us to keep liking the team.

If the team moved to Florida and changed its name to the Trump Nuts, you’d find a new team, yeah? I would. If they left Wrigley, some people would. If they lost in humiliating fashion year after year for a century, no big deal. But if they changed the team colors to mustard yellow and forest green, I’d have a lot of thinking to do.

So what if they got rid of the guy who made the final assist in Game 7? What if they traded away the most fun player (and best tagger, bar none) that you ever watched? What if the guy who parked a baseball on the right field scoreboard just walked away without a contract? What if the TV play-by-play guy (and quite possible the best one this team has ever had) crossed town for a lesser gig? What if they just got really boring and disappointing? Would you find a new team then?

Maybe. But what if the changes in the team weren’t all that bad, just different? What if the team-owned network got a bit vanilla? What if the team owners, despite being fascist pigs, figured out a way to win consistently with players who were just really good (even if a few of them turn out to be replacement-level humans)? What if every connection you felt to the World Series champs, beside the team name, is gone?

What if the baseball improved, but the brand got really bland? Would you still be a Cubs fan?

I ask this question, because it appears that may be the best a Cubs fan can really hope for. This franchise is getting a reboot. The Marquee network is not going to be good on any sentimental, genuinely Cub level. It’s just not. The team itself is not going to resemble the personality or the narrative of 2016 AND be good at baseball at the same time.

The fanbase is going to start looking pretty generic: that’s what Sinclair outlets foster. Being a Cubs fan isn’t going to mean what it did whenever it meant when you became one. The team will probably be good again eventually (not soon). The Cubs will never again be lovable losers. They’re not star-driven, or won’t be for long.

I mean, if and when Kris Bryant leaves, the Cubs won’t get much back for him. Prospects are at an absolute premium in this year that paying $8 million for Kyle Schwarber is too steep a gamble. The owners mostly lost money last year. The beginning of the season will be delayed. They may lose money again this year. The small teams have no revenue sharing boosts to help pay their bills. NOBODY wants to spend. Free agents will be a bargain and rookies will be the MLB bumper crop. The only thing the Cubs can really hope to get for Bryant is salary relief.

Can you imagine what it’s going to feel like when Kris Bryant walks away from this team and the Cubs get nobody interesting back? Or one year’s worth of some other struggling superstar?

So this is my point: what happens this offseason and in 2021 is almost certainly going to feel completely antithetical to what you want this team to look like. It will never be more obvious that we don’t own this franchise. This is going to suck. This team is going to suck.

What if the exact opposite of everything you want to happen plays out in the next six months? Will you still be a Cubs fan?

I probably will. I’m an idiot. But my expectations are gone. If Javy goes? Wherever he winds up just may be my new team.