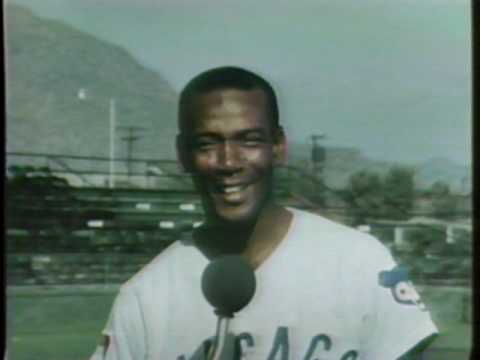 While we wait for the World Series to start (and end) so the Cubs can finally do something to get back to the postseason, I realized a couple things that stemmed from the previous entry. The one thing is an extension of that blog, where it’s way more fun when the Cubs win, and that could generate far more goodwill than pure nostalgia:

The second thing I thought about, given the Cubs’ reliance on nostalgia and tradition to have a higher attendance floor than most other teams, is that I would prefer more continuity with the players wearing my favorite team’s uniform. Such is the case with the late great Ernie Banks, who, despite never having played in the postseason, remains one of the most beloved (if not the most) Cubs of all time due to both his play and his personality. Banks also remains the most revered Cub from that group of Hall of Famers from those close-but-no-cigar Cubs teams, and the only one to remain with the franchise for his entire MLB career. I’m unsure whether any player will be able to claim that again, considering that they’re likely to be traded or sign elsewhere way before their 19th season.

The only Cub legends who could even rival Mr. Cub and also played while I was alive would be Ryne Sandberg or Sammy Sosa. Both also played for other franchises for various reasons, and in Sosa’s case (unjustly I might say) he just isn’t welcome to a significant portion of the Cubs fan base. It seems more logical to anoint one of the players who actually won a goddamn World Series as a legend even if they’re not quite Ernie Banks Mr. Cub level, but we’ve probably talked a bunch already about how this front office allowed that much talent to just deteriorate or walk away, and that does suck. Even second-tier but still obvious stars like Aramis Ramírez weren’t appreciated enough while they played with the Cubs to be considered. The obvious choice for our generation’s Mr. Cub would have been Anthony Rizzo, who had the longest tenure with the team of the previous core, and might possibly be a candidate to return to Chicago if the stars align (arguably he shouldn’t have left in the first place, but what’s done is done). And since the Cubs are unlikely to retain Willson Contreras, he’s probably not going to assume the mantle of respected long-time veteran either. It isn’t like they’re Hall of Fame elite level guys either, but that is obviously very difficult to achieve and so we might not witness a true next-gen Mr. Cub for a while longer.

Since this mantle is going to take a few extra years to materialize because, you know, legacy and narrative and all that, maybe we don’t need a Hall of Fame level talent, we just need a guy who was developed in-house to stick around past his walk date. That could still be Rizzo (if he comes back) or Contreras (if he gets to stay), but of the remaining guys on the 40-man who aren’t going to get unceremoniously dumped, I can only think of extension candidates in Ian Happ or Nico Hoerner. Neither guy is likely to end up in the Hall of Fame (but again, that’s already extremely unlikely for the bulk of players anyway) but could serve as respected veterans to guide the future Mr. Cub, whoever that is going to be.

This turned out to be a rather futile exercise because we are unlikely to satisfy the Hall of Fame level talent nor the franchise longevity requirements that a player needs to be considered Mr. Cub. I like Nico’s skillset on both sides of the ball and there’s a nonzero chance he turns out to be elite, but I don’t think we should bank on it. For me, I think my priority here is just the continuity of seeing a respected veteran who (hopefully) doesn’t suck at baseball staying around for more than his six years of club control before being let go, because that was rather painful when we had to say goodbye to Rizzo, Javier Báez, Kyle Schwarber, and Kris Bryant (even though I understand why they had to go from a baseball perspective).

We live in a different baseball business environment where free agency is very real and analytics is king in determining who stays and who goes, but I firmly believe that the Cubs, with their relative advantage in resources, can develop and retain/pay their guys to stick around. Similar to what Winkelman said in his tweet above, the Cubs have a good development pipeline, they have an obviously loyal (for whatever reason) fan base who wants to see more winning and is willing to pay for it, so why not churn out some All-Stars and Hall of Famers so the next generation of Cubs fans can grow up rooting for their own Mr. Cub(s)? Easier said than done, but in addition to winning, I’d just like to own a jersey that isn’t obsolete next year (which is why mine is blank). Although winning is the main business goal, I think it tracks well with continuity and fan engagement, and I’m excited and curious to see who may emerge as a new Mr. Cub in the next decade or so.