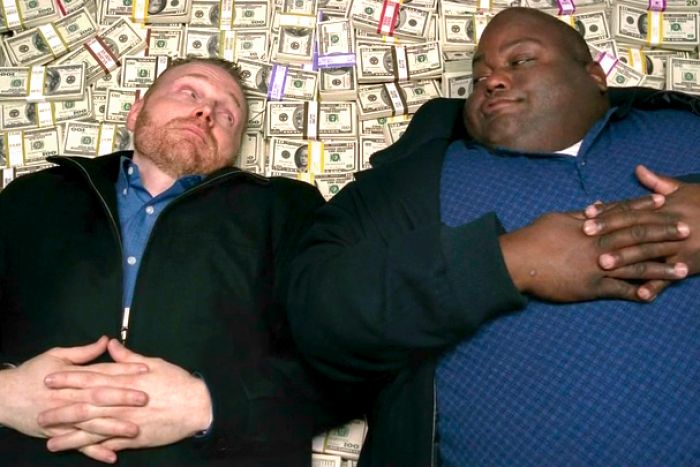 The postseason thus far has brought us plenty of fun and exciting moments and equally intense discourse, but generally, even if the best team doesn’t always win the World Series, getting a shot into the postseason field is the goal. So it makes sense to discuss how the 2023 Chicago Cubs will be constructed to pull off a purported upset against whatever iteration of juggernaut comes along next year. Or maybe the Cubs are the juggernaut? Who even knows?

I figure it’s a good idea to start with what’s available and what’s possible before the Cubs hit the first luxury tax threshold, and it seems that since they’ve reset the penalties anyway, they’ll be ok for a couple years if they elect to go nuts (but not Dodgers/Mets nuts because those teams really might go nuts). For that we have Cots to thank, as whoever runs it has a handy-dandy spreadsheet of salary obligations for the next few years. Per their math, the Cubs are just above $107MM before arbitration raises but including any eligible 40-man benefits and salaries, and are somewhere around $124MM below the first luxury tax tier of $232MM. My best guess is that while the rhetoric from the front office and the owner is “aggressive intelligent spending,” they’re not quite ready to plow way past that $232MM mark due to the escalating penalties. Because of Jed Hoyer’s parallel tracks philosophy and the need to eventually see what’s up with some of these prospects (especially the ones who probably have to be added to the 40-man anyway), the payroll will increase, but like I said above, it might not even touch that first luxury threshold until they see how the upper tier prospects fare. So we have somewhere around $100-$120MM to play around with, and I’ll let smarter people than I figure out how to dole that out as we explore some early rumors below.

Based on what I can figure out, the Cubs didn’t receive revenue sharing and also did not exceed the luxury tax, and their first round pick is protected regardless, so:

So that’s pretty easy, with the Cubs picking 12th overall pending lottery and probably not worrying too much about lost pool money if they’re going to go for it (to some extent, anyway).

The obvious elephant in the room (not that he’s going to sign with Oakland) is Willson Contreras, who will be extended the qualifying offer (now valued at $19.65MM for this offseason) and is expected to reject it, and as far as we know, the Cubs don’t necessarily really want him back anyway. Of course, if Willson decides to just accept the offer so they can’t QO him next year and get paid the money, or to set up some momentum to negotiate a shorter term contract, I wouldn’t object, since the current batch of catchers realistically ready to go aren’t that good at hitting. Yan Gomes is a decent enough backup catcher and PJ Higgins had his moments, but it seems the Cubs could use a better defensive/game managing catcher if they’re not prioritizing the offense at this position.

The smart thing to do might be to pair Yan Gomes with a platoon partner, but the free agent list isn’t all that encouraging, with former Gold Glove winner Tucker Barnhart and only-seems-to-kill-the-Cubs outgoing Brewer Omar Narvaez available. I think both of these guys have their positives as game callers, so if the pitchers are happy, then that probably goes a long way and we can look past the (lack of) offense at the catching position.

This is initially a WTF but then perhaps a “sorta makes sense” rumor, but the Cubs are reported to have at least some interest in cross-town rival Jose Abreu. While getting up there in years, Abreu has always hit well, gets on base, has thump, and probably would be amenable to a short term contract (and hide in the designated hitter spot every now and then) especially if he didn’t have to move too far from his old stomping grounds on the South Side.

Since Nico Hoerner is receptive to moving across the diamond if necessary, or perhaps the new guys are willing to move themselves, the Cubs are tied to the incoming free agent class of shortstops. Carlos Correa has been the main pick due to his still-young age, the bat continuing to do its thing, and the fact that he won’t be tied to a qualifying offer if he does expectedly opt out of his contract with Minnesota. Trea Turner and Xander Bogaerts (if he opts out as well) are a bit older and will carry the QO tag around them, but I don’t think the Cubs are going to care too much if Correa ends up signing elsewhere and they have to pick from the rest. If the Cubs are going to be aggressive, this and pitching (see next) are going to be their focus in most people’s opinions.

I suppose the dream here is to sign Jacob deGrom to a short term contract with heavy money if he opts out of his deal with the Mets, but the Mets owner is crazy so he’ll probably stay there. Drew Smyly did pitch for the Cubs this year but he’s more like a backend starter, so I assume they’ll throw him a reasonable short term deal. There are also scrap heap-type reclamation projects all over the free agent list, but if the Cubs were to dip into that pool as if they were serious options, then we’re obviously in trouble, so I’m hoping they just ride the success of the pitching this year and really go after a top-of-the-rotation guy. I guess there’s always the hope that Justin Verlander tries to get one last big late-career deal after a probably Cy Young season, but I don’t see why he and Houston would want to dissolve their relationship. I was also seeing that Johnny Cueto is a free agent, and Jose Quintana too (who is a mystery wrapped in a conundrum if you’re a Cubs fan, plus he’s probably recruiting Willson to the Cardinals so eww), plus a bunch of other interesting names should their current teams let them skip town.

For heftier commitments that might have a few extra years, I think if Carlos Rodon were to opt out as expected, he would be a primary target even if tied to a QO. Looking abroad, the touted Japanese starter Kodai Senga (sometimes stated as Koudai Senga) is about to hit free agency, and with Seiya Suzuki on the club already to act as recruiter, this seems like a sweepstakes the Cubs want to participate in.

I’m not even going to try to build a team yet until we see more rumors and actual deals coming closer to the Winter Meetings, but as the philosophy goes, you get what’s available and hope for the best.