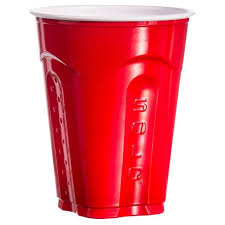 In the 2016 MLB Draft, the Cubs didn't draft a single player until pick 104 (and I'm not telling you who that was until the end of this article – trivia. yay!). With the possible exception of that 3rd round draft pick, there are exactly zero players that you would expect to rise to the level of "MLB-prospect," and you'd be lucky to get one 5th-arm-out-of-the-bullpen or quad-A bench player out of all of them.

That's what makes what Zack Short is doing all the more remarkable. Drafted in the 17th round, right before Matt Frawley but right after Dillon Drabble, Short profiled as an "organizational filler" guy. The pride and joy of Sacred Heart University, Short first took an assignment to Rookie ball, where he literally reached base half the time he stepped up to the plate. A late-season cup in Eugene yielded similar results, and he drew a South Bend assignment in 2017. He did well there in 300 PA and was promoted to Myrtle Beach, where he put up an eerily similar line.

In 2018, he's played exclusively in Tennessee. He's put up the same OPS and he did South Bend, now with a little less patience and a little more power. AA is usually the great filter for college bats; basically everyone at this level and above has some secondary offerings to be afraid of, so I consider it at least mildly meaningful that Short has succeeded here. The only problem with Short's game is the huge strikeout numbers (the first time he's had that problem in his career, but at the most meaningful time of his development). You can strikeout if you take walks and have power, so it's not completely disqualifying – and that's especially true if you can play shortstop.

Sometimes, scouting can miss the forest for the trees. Zack Short was a 22-year old draftee who went in the 17th round and didn't figure into any organizational plan beyond "we need bodies in the middle infield." At some point, demonstrating success at 5 different levels across 3 different seasons and nearly a thousand plate appearances means something about your ability to play professional baseball. Zack Short isn't a top prospect. He may never even reach the majors. That said, he's wildly overperformed expectations as a 17th-round 4-year college guy (who had no power in college!), and it's not crazy to think he'll be on a 40-man roster in 2019 for some MLB team (probably not the Cubs).

(the player was Tom Hatch)