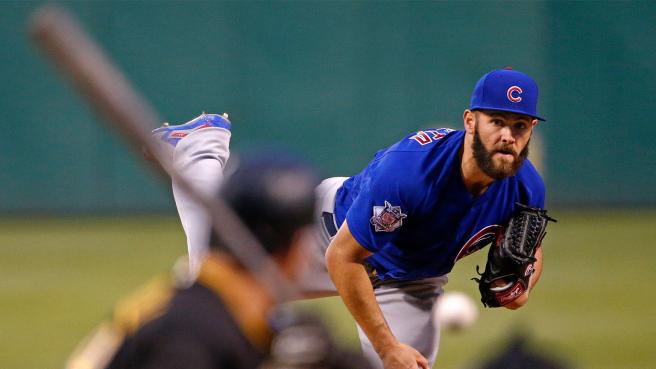 A lot has been written about how good the 2016 Cubs are. The articles began immediately after the Mets quickly dispatched of them in the 2015 NLCS. They increased significantly after the Cubs signed Jason Heyward and John Lackey away from division rival St. Louis. We’ve all marveled at some of these numbers and have thoroughly enjoyed watching the Cubs beat up on Major League teams. What they’ve done is remarkable and as Cubs fans, it’s so much fun to finally have that team that every other fan wishes their team was.

I took a look at Baseball Prospectus’s 3rd Order Winning Percentage going back to 1970 to see which teams compare to the 2016 Cubs. (Spoiler: there aren’t any. Also, your favorite character in your favorite show died last night. I said “spoiler”.)

The Cubs 3rd order winning percentage is .851. I started looking for teams that had somewhat similar percentages and quickly found that none did. Most of the time I just stuck with games ending on May 5th for simplicity so some teams played 29 games and some 26 while the Cubs have played 27. I had thought I would look at all teams in the 6-division era through 27 games to see who was close or comparable. There weren’t any so I decided to just look at a somewhat similar number of games since the Cubs had no comparables in the time period I set out to look at. I also decided to look back through 1970 since I wasn’t being as precise as I initially intended.

I looked at games ending on May 5th for most of these seasons. 1995 was a strike-shortened season so I had to look later in May to find enough games. Some years started the season at a later date, especially back in the 80s and 70s, so I looked for a date where the teams had played somewhere between 26 and 30 games. The further back I went, I noticed that some teams, especially ones who had name changes, did not have any data available. I don’t think that changes anything, but it’s worth pointing out.

So the 1974 Dodgers have come the closest with a 3rd order percentage of .798. That’s the year I was born though I was born after the season. I remember well the 1997 Braves who are next at .797. I watched a lot of Braves games during the early years of Greg Maddux being a Brave and that was probably one of the last years I watched a lot of their games. The 1998 Cubs were good so I always chose them over any other team I may have been able to watch. I also remember the 1984 Tigers who are 3rd on the list. They started the year 35-5 and I think anybody my age who is a baseball fan remembers that. They were at .785.

The 1974 Dodgers finished the season at 102-60. Their Pythagorean winning percentage was 106-56. Jim Wynn, Ron Cey and Steve Garvey were their biggest position player contributors. Andy Messersmith, Mike Marshall and Tommy John led the pitching staff. They were the National League champions.

The 1997 Braves finished 101-61 with a Pythagorean of 103-59. Kenny Lofton, Jeff Blauser and Chipper Jones led the position players in rWAR. Andruw Jones was only 20 years old and put 3.3 rWAR. You know who led the pitching staff: Greg Maddux, Tom Glavine and John Smoltz.

The 1984 Tiger finished 104-58 with a Pythagorean of 99-63. Alan Trammell, Chet Lemon and Kirk Gibson led the position players in rWAR while Willie Hernandez, Dan Petry and Jack Morris led the pitching staff. Hernandez was the team’s closer and he led the pitchers in rWAR because he threw 140.1 innings over 80 games. They won the World Series.

The 2002 Red Sox finished the season 93-69 with a Pythagorean of 100-62. The most notable thing about this season, in my opinion, is that after this team failed to win the division or any championship after their incredibly hot start, they fired Dan Duquette and in November they hired 28 year old Theo Epstein.

The 2003 Yankees were the fifth best team since 1970 in 3rd order winning percentage through this early part of the season. They finished the season 101-61 with a Pythagorean of 96-66. Jorge Posada, Alfonso Soriano and Jason Giambi led the position players in rWAR. Mike Mussina, David Wells and Rogers Clemens led the pitching staff. The Yankees won the American League, but were beaten in the World Series by the Florida Marlins.

Four of these teams won more than 100 wins. Five Thirty Eight currently projects them at 105 and while I’d normally say that’s absurd, I’m not so sure anymore. That’s kind of crazy. The Cubs have a legitimate shot to win 105 games. I still think they fall short. They’ll have the division clinched long before that and the games won’t have as much meaning.

Over the last 45 years, there just aren’t any teams who have gotten off to the kind of start the Cubs have. Some teams have had better actual records, but what the Cubs have done in terms of runs scored and allowed hasn’t been seen for a long time.