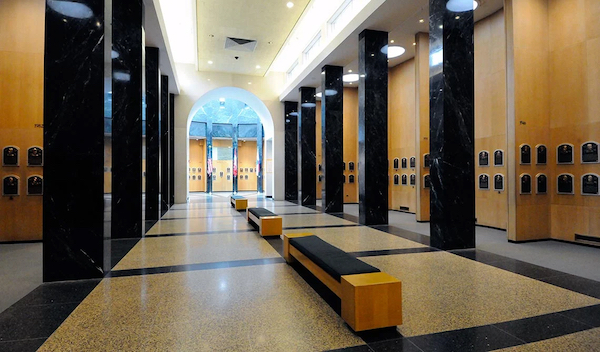 As per usual, the Baseball Hall of Fame announcement show took two hours to ramp up before they finally announced the balloting results. You can see Ryan Thibodaux’s invaluable public-ish ballot tracker here, but it was unclear whether the leaders, Scott Rolen and Todd Helton, had enough to squeak in.

Prior to the ballot announcement, we found out that former Cubs slugger Fred McGriff had been elected on the Contemporary Era ballot. McGriff was one of the most consistent, albeit under-appreciated, sluggers of his time, winning a World Series with Atlanta and remaining productive well into his late-30s, including two seasons with the Cubs, where he socked 12 homers after being traded to Chicago in 2001 and another 30 in his full season in 2002. I imagine part of the issue was that he was overshadowed by many other sluggers who may or may not have taken PEDs, as well as being squeezed out on some super loaded ballots while he still had eligibility, but better late than never. I personally don’t care about PED guys from that era getting in, if they ever do, because the allegations had been papered over so many times by actual MLB that any re-legislation seems dumb and hypocritical, but I’m glad that didn’t ultimately affect Fred here, he was just a bit delayed. Since he did most of his damage with Atlanta, I think McGriff’s plaque will display that cap.

Also announced earlier was Cubs radio announcer Pat Hughes, recipient of the Ford C. Frick Award for excellence in broadcasting. Pat had been previously honored with a spot in the growing Cubs team hall of fame, which still doesn’t include Sammy Sosa because reasons. But this has been a long time coming, as I listened to Pat and Ron (first Santo, then Coomer) on the radio nearly every day during the season when I lived in Chicago and I miss their broadcasts now that I’m in California. I am excited about his speech come this summer and I’m sure there will be plenty of celebrations in the village of Bedford Park as well as in Des Moines, where the “s” is silent but the city is buzzing (or whatever the schtick is).

There was a bit of an internet drama because the Hall of Fame may or may not have tipped their hand with their use of URLs, which seemed plausible seeing how close Scott Rolen was to the induction threshold. And as it turns out, Rolen was the only one that got in on the ballot this year. Helton and Billy Wagner seem poised to make it next year given their vote totals.

Rolen was the only one of the 28 candidates to reach that threshold with 297 votes, which accounted for 76.3 percent of the electorate. He will be honored during Induction Weekend 2023 July 21-24 in Cooperstown, N.Y., at the July 23 Induction Ceremony on the grounds of the Clark Sports Center along with Fred McGriff, who was elected by the Contemporary Baseball Era Players Committee last month in San Diego.

Next year’s ballot has a number of intriguing holdovers who are probably deserving of getting in, including Gary Sheffield, who will be in his final year of eligibility but has been making strides and stands a good chance of getting some sympathy boost votes. That ballot is also going to have a lot of big names so we can see yet another crowded ballot, so blank ballots are going to get the side eye for sure. Congratulations to Rolen and McGriff and Pat Hughes this year, and on to the next.