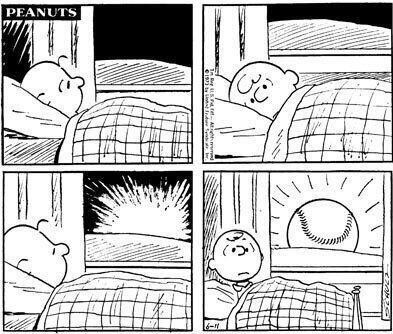 Baseball season we are in you!

The Cubs open up against last year's surprise (ish) team, the Pittsburgh Pirates. They finished at 94-68 last year, beat the Reds in the inagural NL wild card game, and took the eventual champions to the full five games in the NLDS. They had no answer for Adam Wainwright and the Cardinals fireballing bullpen, but in their defense, no one else really did either. It remains to be seen if they'll repeat their first trip to the playoffs in two decades.

These are the 2013 numbers, with NL ranking in parentheses.

The big storyline for the Pirates last year was their bullpen, led by Jason Grilli and Mark Melancon. They had five relievers with more than 50 innings and a sub-3 ERA, and had an overall ERA-FIP split of roughly half a run. It's a safe bet that their bullpen will regress, the only question is how much.

The other hurdle for them to repeat their playoff trip is their starting staff. A.J. Burnett was the best pitcher on the staff last year, and after flirting with retirement for a while he ended up signing with the Philadelpha Pensioners, which was kind of a head scratcher. However, it's not too much of a stretch to expect the slack to be picked up by Wandy Rodriguez, who missed half of last season, the first full season of the electric Gerrit Cole, and rookie Jameson Taillon, who could be a big contributor once they realize that Edinson Volquez's eternal quest to win the ROY is not a great plan.

The Pirates signed OF Starling Marte to a 6/31 deal, buying out the rest of his service time and one free agent year. Marte is a quality above-average OF and this looks like a great deal for the Pirates.

Barry Bonds and Jim Leyland will be on hand to present the NL MVP award to Andrew McCutchen.

The Angels signed Mike Trout to a 6/144.5 extension, buying out his arb years and three FA years. Trout gets a pile of money and hits the market again at 29 for even more money. It was pretty funny seeing everyone on twitter excoriating Trout and/or his agent for leaving so much money on the table. Something tells me he's going to make a lot more money anyway.

Speaking of extensions, the Tigers signed nearly-31-year-old Miguel Cabrera to a 8-year, $248m contract that pissed off every other front office in baseball. There are even vesting options that could pay him for two more years at another $30m each in his age 40 and 41 seasons. The biggest question here is why they felt the burning need to do this so soon. Was it to spite Max Scherzer or something? They still have Cabrera under control for 2 more seasons, and they'll have a much better idea what kind of player he'll be in 2020 after a year or two.

Some things stay the same from year to year:

Back in Oakland? Sewage problems in clubhouse!! Yep. We are BACK BABAY!

Pirates opening day starter Francisco Liriano had some tightness in his groin in his last spring training start (there's a joke there somewhere). He threw a simulated game later in the week and was cleared for opening day, but there's always a chance it might flare up again. Pirates P Jeff Locke was bothered by an oblique strain all spring training and starts the season on the DL.

For the Cubs, former Pirate James McDonald was put on the 60 day DL with his shoulder injury. Surprisingly, Kyuji Fujikawa was placed on the 15 day rather than the 60 day DL. The training staff must be pleased with his TJ recovery and he might be back before late May. Jake Arrieta begins the season on the DL but likely won't be there long. He threw a 50 pitch simulated game last week. Starlin Castro is returning from the strained hamstring he suffered early in spring training, but has been running and fielding normally for the past week and should be ready to go.

ZiPS projected ERA and FIP are listed for each pitcher

As mentioned above, Liriano is shouldering the load as the staff leader with Burnett on the other end of the PA turnpike. Durability has been a big problem for Liriano over the course of his career, having made 30+ starts in only one season. Following back to back 5+ ERA years in 2011 and 2012, and a broken arm in the offseason, the Pirates signed him to a 1 year, 1 million 'prove it' deal loaded with incentives. His option vested based on DL time last year, and the Pirates have him for around $6m this year. The projection systems all seem to believe in him this year, projecting him at around 2.5 WAR for the year.

I'm really hoping for a bounceback year for Jackson this year. He was the victim of some awful luck/variance last year, leading the majors in strand rate (63.3%) and had a .322 BABIP. He managed to drag his ERA to just below 5 by the end of the year, but finished with a FIP of 3.79. He also saw a drop in his pitch velocity last year, which is somewhat worrisome but also not really that surprising since that's something that regresses with age anyway, and I have no idea how to quantify it. I am pretty disappointed in the FO calling this deal a 'mistake', unless they mean it was a mistake that they didn't go harder after Anibal Sanchez.

Hammel is clearly this year's Scott Feldman, except that unlike Feldman his peripherals were pretty shitty the year before the Cubs signed him. He's pitched in a lot of tough environments over the course of his career. He pitched surprisingly well in his first two seasons with the Rockies, posting a 3.70 FIP over that period…but a not so pretty ERA. Moving to the AL east in 2012 he posted a 3.43 ERA/3.29 FIP in the best division in baseball. It did not go so well last year, so now he'll get to pitch at Wrigley Field. With his luck the wind will be blowing out in every start.

Wandy has always been one of my favorite pitchers, due to the epynomous Wandy Rodriguez Hall of Fame, which consists of players who gave me a bad first impression that it took me a long time to shake. I remember when he was a rookie making spot starts with the Astros, he was awful. Then later when he was just mowing down the Cubs lineup I'd always shake my head that they were being beat by Wandy Fing Rodriguez. Wandy was banged up for most of the season and made the fateful trip to see Dr. Andrews last summer but actually got good news on his forearm problems. He was also diagnosed with arthritis in his elbow which might still be bothering him. He has my second favorite curveball in baseball, behind only Sean Marshall's.