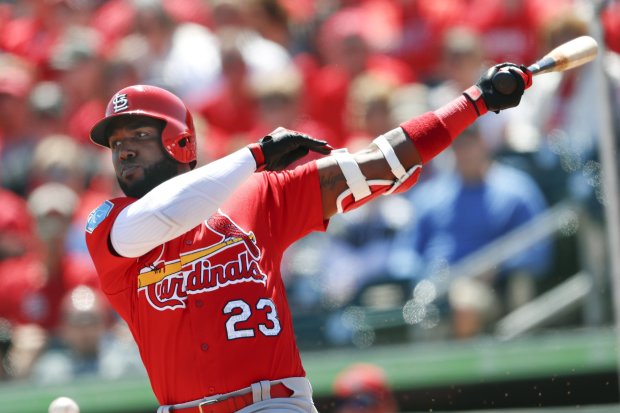 Next we'll take a look at the Cardinals, who somehow still employ Mike Matheny.

The Cardinals made a lot of moves to deal with a suddenly crowded outfield after Ozuna fell into their laps early in the offseason. Grichuk felt like he was on his way out anyway, and given Tommy Pham's breakout last year Piscotty didn't have a lot of room either. The Cards have Ozuna under team control for two years, but I would be shocked if he didn't sign an extension with them like half a hundred other quality OFs that they've traded for in the past (Walker, Holliday, etc.).

Of course, they missed out on an even bigger name in their OF this season after Giancarlo Stanton said "Nah" after the Cards lined up a trade with the Marlins.

The big question mark could probably end up being their rotation after Carlos Martinez. Wainwright looks like a shell of a shell of his former self, and while they will get former top prospect Alex Reyes back in midseason it's hard to tell how much they can expect for this year – the current noise around him is some kind of nebulous long man/spot starter role, limited to 80-100 innings.

Yadier Molina is also another year older and beginning the first year of a 3/60 extension that he signed last spring. The projection systems still like him for this year but that's mostly on the back of his defensive numbers – no one seems to think that the bat will bounce back. He's said that he plans to retire after the 2020 season when his extension ends. Meanwhile the Cardinals are sitting on a great catching prospect in Carson Kelly who posted a .370 wOBA in AAA last year who won't even be able to start for another three seasons.

Tommy Pham is a little salty at getting renewed for near league minimum after posting a 6 WAR season. I don't blame him – he's somehow already 30 years old thanks to injuries early in his minor league career.

The Cardinals locked up SS Paul DeJong with a 6/26 extension following his breakout rookie season. I have a feeling we'll be seeing a lot more of these as players get spooked by last year's FA market, ala Eugenio Suarez.