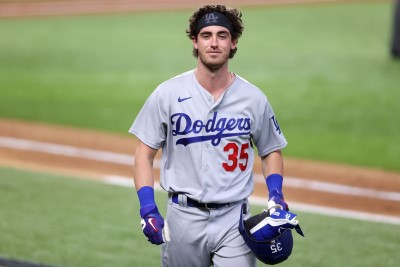 Among other rumors flying around, the big one that got everyone’s interest was this bit from Kaplan (and others):

Whether you believe it is because the Cubs don’t want to deal with another season of losing/biblical losses, or that Papa Ricketts’ heart grew three sizes that day and Tom got an advance on his allowance, the consensus once again is that the Cubs are for real and they want to spend. Although we won’t know for probably at least a couple more days, the first domino apparently has fallen with the Cody Bellinger deal that was just reported:

This represents a discount from the projected arbitration salary although Bellinger was non-tendered by the Dodgers last month, so this is a more expensive version of a reclamation-style pillow contract, but it does get a lefty bat, a capable center fielder, and a player with former MVP potential hopefully still in his body into the mix. Based on that salary, that leaves the Cubs at least another $80MM to throw around before they hit the luxury tax threshold, so here’s to them signing all the shortstops and pitchers. Maybe a catcher too. Trade for some if possible, I don’t care, just do more!