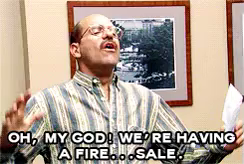 I almost wanted to leave that Padres recap up as a reminder that we ever thought this Cubs team might be good (dying laughing). With Anthony Rizzo being the first of the big ticket guys to be traded, I guess we should put up a new post.

The worst part of the Cubs window finally slamming shut is that I’m going to have to pretend to care about the minor leagues again (dying laughing).

So far, the Cubs have traded:

I would be shocked if one of, if not both, of Craig Kimbrel and Kris Bryant aren’t moved by the deadline tomorrow…and I’ll update the post at some point if so.

It’s a bummer to see Rizzo to go, and I still wouldn’t be surprised if he ends up back with the Cubs next year. He’s been the public face of the franchise for some time and does a ton of community work. Here’s hopin’.

The Cubs kept busy right up to the trade deadline, and have now moved pretty much every position player or reliever of note.