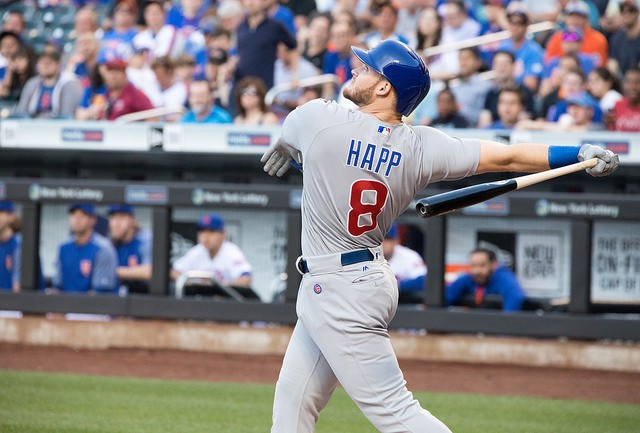 This Friday is the Cubs Convention, and also happens to be the deadline for teams and arbitration-eligible players to submit their salary figures for 2023 (other key dates remain but this is probably the biggest one coming up). The gist is that if they can’t come to a compromise, the team submits one number, the player submits another, and then sometime in February before Spring Training gets into full swing, both sides meet in front of an arbitrator where the team says how much the player sucks and doesn’t deserve their number. Since the Cubs are a file-and-trial club these days, with very few exceptions (such as with former Cubs All-Star Willson Contreras, who I still think they should have kept around), they will go to arbitration if a compromise isn’t announced sometime Friday.

As luck would have it, the fine folks at MLBTR have their remarkably quite accurate arbitration projections for every eligible player, including the Cubs (some of these names we won’t care about because they’re gone):

Of these, Ortega was non-tendered and is going to the Yankees on a minor league deal. The group of Brault, Mills, and Franmil Reyes were outrighted but elected free agency. Wieck got a two-year minor league deal to continue rehabbing his injury with the Cubs, while Wick without the E got a deal just above his MLBTR projection.

This leaves Happ, Hoerner, Codi Heuer, and Nick Madrigal. Heuer of course is still rehabbing his Tommy John surgery while Madrigal is hopefully recovering from the myriad injuries that have plagued him throughout his career, the latest of which was the groin pull that ended his 2022. The expectation is that Heuer will be a boost to the bullpen once he fully recovers, but with the signing of Dansby Swanson and the acquisition of numerous utility guys this offseason, Madrigal might be trade bait, although I think if he’s ever healthy, his high contact bat (allegedly) might be useful as a bench option. It could go either way.

Ian Happ and Nico Hoerner are two Gold Glove-caliber defenders who hit well last season as rare bright spots in an otherwise lost season. Logically, they are the subject of extension speculation, as Happ will be entering free agency shy of age 30 and Nico is still quite young as well. I’ve written before about how Happ should stick around, but the prevailing thought is that with next offseason’s relatively weak free agent class and the fact that Happ is the Cubs union representative, he is going to have to be wowed to forgo free agency. The other consideration, of course, is inflation and the eye-popping contracts that were thrown around this offseason for elite shortstops and outfielders. While we can’t really call Nico or Happ “elite” with a straight face, there is a market for solidly good position players, and the Cubs will have to open up their purse-strings a bit to get any extensions done, as with a “normal” offseason this time around, they might really just go full file-and-trial, so the clock is ticking. Ideally they’ll just agree to an arbitration salary so they can negotiate between now and the spring training report date (probably around Valentine’s Day) to get the extension done if both sides, as indicated previously, are serious about keeping the relationship going. For Happ and Hoerner, at least, the Cubs will have to pay up because there’s little room for team friendliness these days.