The Cubs dropped the first game of their series against the Braves. Scott Feldman gave up four runs in 4 2/3 innings, and is lucky he didn't give up more than that. He allowed 4 hits, walked four, hit a batter, had two wild pitches, and topped it off with a fielding error. Behind him, Alberto Gonzalez attemped to tag out a basestealer while standing ten feet in front of the bag, spoiling a perfect throw from Castillo. Come back soon, Darwin Barney.

He threw a lot of pitches that were uncompetitive pitches 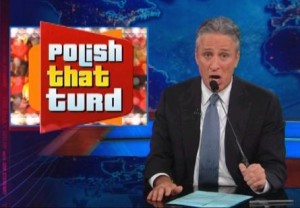 On the plus side, the Cubs were hitting Mike Minor really hard in the early going but couldn't get the ball out of the park. Scott Hairston finally broke through with a homer to left in the fifth inning. Michael Bowden looked really sharp coming in for relief of Feldman. He threw two innings and change, struck out three, and didn't allow a baserunner. I didn't think he was very good last year, but his numbers are better than I remember, especially in the back half of the season. We shouldn't read much into any reliever's single season numbers due to small samples, but I'm willing to believe that he's better than I thought.

Rooftop owners: SUE ALL THE THINGS

The rooftop owners are pissed at being cut out of the negotiations, and are readying lawsuits against anyone involved since it sounds like some of the views will be partially obstucted by signage, video boards, whatever. We don't know the exact contrac language, but they might not have a leg to stand on anyway. This is third-hand reported, so grain of salt, but someone who is more familiar with the terms of the deal told The Score that the agreement says they can't obstruct the rooftops' views unless the city signs off on it. Even if they try to push a suit against the Cubs, I don't know if they can afford it. It's not like the rooftops are making money hand over fist these days, and one of them has already gone under. If the Cubs wanted to pick a legal fight with them, right now sure seems like a good time to do it.

Braves GM tells the Cubs to get off his lawn

Some of the pregame schedule stuff got messed up, and the Cubs relievers were getting some warm up tosses in the outfield while the Braves were taking BP. Wren had to go to Sveum to get them to move.

Theo thinks the NL will adopt the DH

Theo tells Bob Nightengale at USA Today that he thinks we'll see it in a few years, now that interleague games will be even more front and center. I love this news as I hate watching pitchers bat, and the excitement of a good hitting pitcher like Carlos Zambrano does not nearly outweigh all of the shitty automatic outs we see from just about everyone else. I would buy the "Strategy!" argument if managers weren't so conventional with how they handle it.

Here's the full update on how the minor league Cubs did yesterday. The short version: Javier Baez homered, Alberto Cabrera had a solid start, and Brett Jackson went 0-5 with 2 K's.

He has a newborn daughter as of 3:40 this morning. Keep her away from Brent Lillibridge.

From SVB, who was at the game with his 6-year old last night

Bits of “wisdom” and conversations with a 6 year old at a Cubs game in Atlanta.

6: Is this guy any good? (Particularly about A. Gonzalez and Sappelt)
Me (gently): Well, no. Not really. But anyone can have a good night.

6: Are the Cubs gonna win? (First inning)
Probably not, but even a bad team wins 50 games a year or so. Tonight could be one.

Braves with 2 on. Tomahawk chant in full swing.
6: We don’t do this, do we Daddy?
Me: No (You are a such a smart little girl. Your insight makes me so proud!)
6: Why? Because we are Cubs fans?
Me: Yes, and we respect people.
6: Are they making fun of us because we live in Puerto Rico?
Me: No, but they might as well be. They are making fun of native Americans, like the people that the Crazy Horse Monument celebrates.
6: Why do they do it?
Me: (I don’t really have a good answer for that.) Most people are doing it just because everyone else is and they don’t think about how mean it is.

After the Cubs third out in the 9th.
6: Holding back a few little tears
Me: Don’t cry honey, they lose all the time. You’ll dehydrate yourself. Carlos Villanueva faces Julio Teheran at 6:05 PM CT. The game is on WGN.