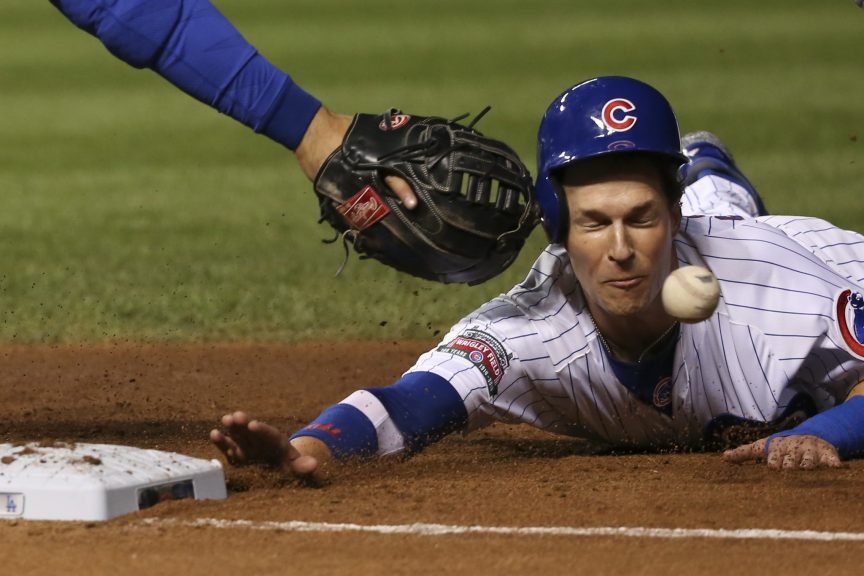 The Cubs have traded for Chris Coghlan again. They traded Arismendy Alcantara to the A's for Coghlan and according to Patrick Mooney, Tommy La Stella is expected to hit the DL with a hamstring issue.

Coghlan has been terrible this season. In 51 games and 172 plate appearances, he's hit just .146/.215/.272 with a wOBA of .215 and wRC+ of a ridiculously low 31. Thanks to some bad defense and shitty offense, he's been worth an absurd -1.7 fWAR. His walks are way down, his strikeouts are way up, his defense is much worse. I didn't have high expectations for Alcantara, but in all honesty, I'd have preferred the Cubs just call him up if they're sending La Stella to the DL. This DL shit is getting old. I guess the Cubs are hoping he finds himself when he gets back to Chicago. I suppose if there is a roster spot available for Clayton Richard, there's one for someone who might be even worse. Crazy.