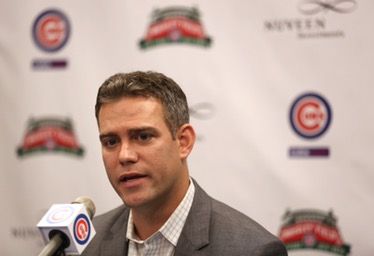 The Cubs have signed Theo Epstein to a 5-year contract extension. There was never any reason to worry that it wouldn’t get done, but it’s nice that it is. It could be worth more than $50 million. Also, the Cubs may have extended Jed Hoyer and Jason McLeod as well.