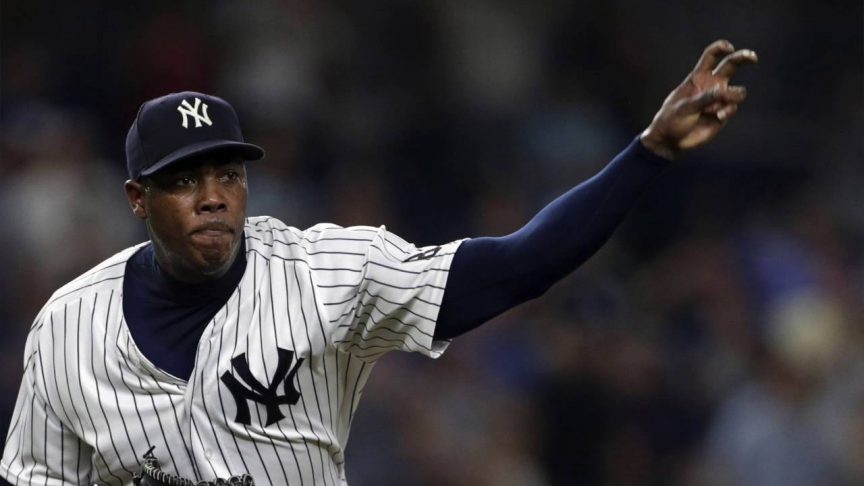 The Cubs are even closer to completing the trade for Aroldis Chapman that was rumored yesterday. For now, this is just a placeholder until any new info comes in on it. The most recent reports seems to suggest that the sure thing piece going to the Yankees would be Gleyber Torres who was the Cubs top prospect entering the season. I’d have put Willson Contreras there, but that’s not important right now. It’s also sounding like Adam Warren will be included and so will Billy McKinney. The first reports I read this morning said that four players would be going to New York, which is a fucking ransom to pay for a couple months of Chapman, but here we are.

Yanks and Cubs have a deal. Torres, mckinney, Warren and likely 1 more to NYY.