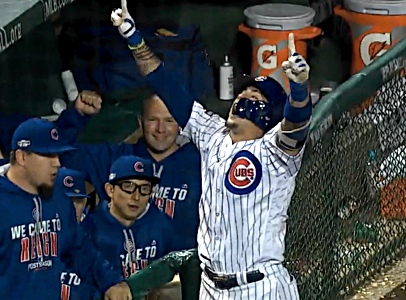 Next up: Jon Lester faces probably either Kenta Maeda or Tanner Roark on Saturday, game time TBA. I’m not exactly quivering here with either matchup. I guess it’s theoretically possible that the Dodgers could start Clayton Kershaw on three days of rest, but I doubt it given how that worked out today.