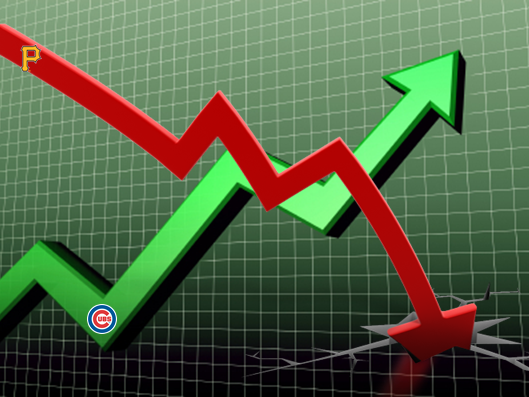 While the Cubs have done their best to help Pittsburgh out in their quest to reach the playoffs for the second year in a row, the Pirates haven’t done much to help themselves lately. The Cubs swept the previously first place Brewers, but at the same time, the Pirates got swept by the Cardinals. So now the Cardinals are surging and leading the division and Pittsburgh is now behind Milwaukee, Atlanta, and San Francisco in the chase for the chance to participate in the one-game play-in round.

So the Cubs (and their fans) would probably best be served by getting swept by the Pirates thus enhancing the Pirates’ record to give them a boost against the hated Cardinals and bitchy Brewers while simultaneously strengthening the likelihood of the Cubs securing a protected draft pick.

But the Cubs are playing guys like Javier Baez and Jorge Soler and other guys from AAA who have a chance to actually be a part of the Cubs’ future so you’d like to see them play well.

And if the Pirates can’t win a damn game against the walking dead corpse of the Cardinals’ roster they don’t really deserve the Cubs’ help. So fuck them.