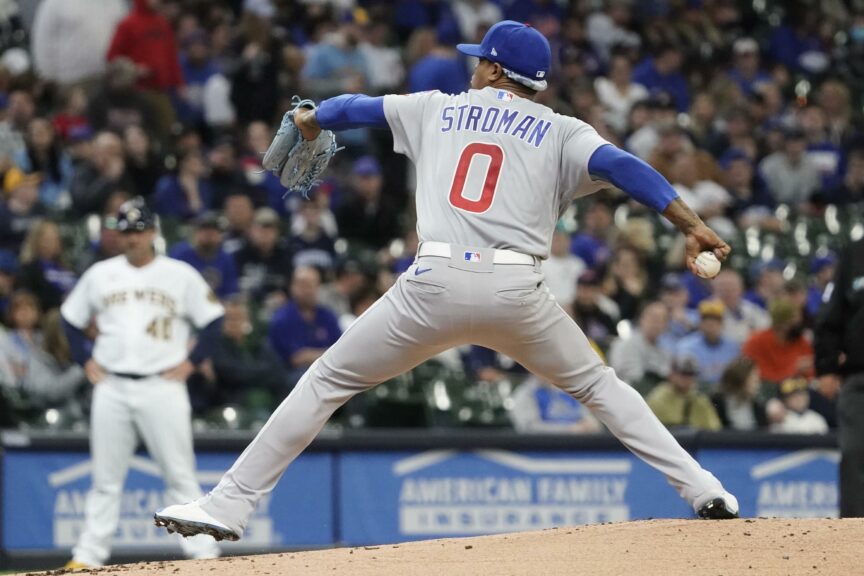 We’ve reached the phase right before Spring Training where it’s mostly claims and minor league contracts while the residue of the free agent barrel lingers until teams and agents finally settle on something. For all intents and purposes, the roster is set (very similar to what we did last time, minus some DFAs and outrights and what not) and the only real questions are at the margins. For example:

We will stick with the pitching theme for this post, as we determine which 13 guys likely get listed on the lineup card come Opening Day, and who their backups are on the taxi squad if a call-up is warranted.

Based purely on gut and the fact that he basically pitched like we thought he would by the end of the season, it seems pretty clear that Marcus Stroman, barring any setbacks, will be the Cubs’ Opening Day starter. I will list the five guys (not the burgers) I believe will be in the rotation on day one, and we can look at taxi squad spot starters later.

I think the top three are likely set in stone, and I also don’t think the Cubs sign Drew Smyly just to throw him in the bullpen, so that makes sense as a top four, with David Ross potentially switching guys around to alternate handedness within a series.

I say “TBD” for the number five spot because while it makes sense that it should be Hayden Wesneski (and again it’s not Hendricks simply because he is rehabbing, otherwise I think they let him start the year on the active roster as a courtesy and also because he can’t be outrighted without permission), I can see a situation where they keep Wesneski stretched out on a regular rotation in Iowa while someone like Adrian Sampson shows what he did last year wasn’t a fluke. We might also see Keegan Thompson in this spot, but I think he worked better in the bullpen as a long reliever than as a starter. So if Wesneski gets this spot, that completes the rotation, but if he doesn’t, he’s in Iowa as he has options remaining (see AZ Phil’s chart for the others as I refer to them later on in this post).

I do like that with this rotation, they generally induce plenty of groundballs and keep the ball in the park, which plays to the defense that the Cubs have assembled, particularly with the shift restrictions. Having Gold Glove-caliber defenders up the middle should help the rotation keep the runs against numbers down, and since few of these guys have blow-you-away stuff, inducing grounders and converting them into outs should help them stick around into the sixth or seventh innings more often.

We get eight spots in the bullpen assuming a five-man rotation, at least until September or in doubleheaders where they get an extra guy. No more LOOGYs because of the three-batter minimum, so these guys have to be able to sustain at least to the end of their inning. Here’s a list of the eight-ish guys, with no regard as to their actual role in the order they are presented.

This represents everyone who is currently on the 40-man roster, who still have options remaining and/or the Cubs don’t care if they bail after a DFA, and who hopefully won’t suck (in this guy’s opinion anyway). Keep in mind that the maximum number of times a guy can be yo-yo’d back and forth between the minors and MLB is five, and that pitcher must stay in the minors for at least 15 days (except in case of injury replacement), so they’ll have to be creative with reliever usage and phantom IL stints. This won’t include the ones I’ve mentioned above already.

That represents all the names on the 40-man, and we haven’t covered the guys who are lurking in Iowa. Most of the Iowa roster, as it stands, is filler and former top picks like Brendon Little, along with a bunch of reclamation projects, so there might be some diamonds down on that part of the farm without having to raid Tennessee just yet.

I would be interested to know your list of 13, but we’re still a few weeks from Spring Training, so maybe we will take a wait-and-see approach. Although this pitching staff is probably not as sexy as some others, I imagine they’ll at least be competent, so hooray for the plan!